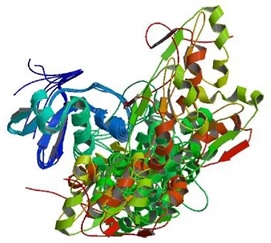 The work carried on in the Laboratory of Radiobiology and Radiation Biophysics aims to study the individual radiosensitivity in patients with genetic rare diseases, in particular in those affected with Shwachman-Diamond syndrome (SDS, MIM: #260400).

In Europe, rare diseases are defined as all the disorders that affect fewer than 1 in 2000 individuals. In the 80% of cases the genetic origin of the disorder is recognised.

Many genetic disorders are characterized by a hypersensitivity to different types of radiation exposure (e.g. Ataxia Telangiectasia, Trichothiodystrophy, Xeroderma Pigmentosum, etc). In many cases, mutations affect the function of protein involved in repairing of DNA damages or in the response to several stressors.

Shwachman-Diamond syndrome is caused by mutations in the SBDS gene. Clinical features of SDS are bone marrow failure, skeletal anomalies and predisposition to develop myelodysplastic syndrome or acute myeloid leukaemia. The role of SBDS protein is in ribosome biogenesis but a function in response to stressors was observed. Besides the studies on SDS patients, studies are focused also on studying the radiosensitivity in heterozygous persons (i.e. patients’ parents) in order to better clarify the role SBDS in radiation response.

The research on individual radiosensitivity is carried on with both National (i.e. University of Pavia, University of Verona, University of Milan-Bicocca) and European (i.e. the German Federal Office for Radiation Protection) collaborations.